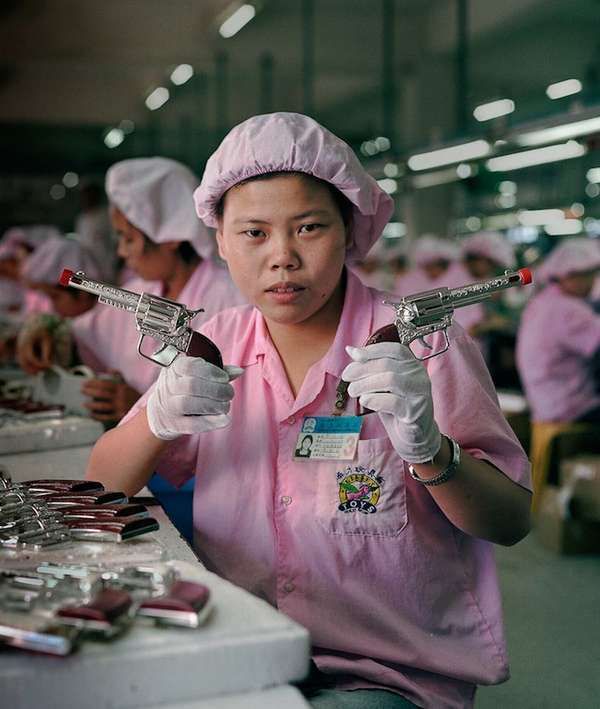 His series entitled 'The Real Toy Story' portrays the laborers working tirelessly to make several of the beloved products we much adore. As shiny and new products are put on equally shiny shelves, there becomes an instant disconnect within our society as to truly understanding where these products came from and how they were made. These photos, which show workers on the assembly line or enjoying a meal with one another, highlights their stuffy environments, monotonous lifestyles and their tireless commitment to creating toys for western consumers. This series puts a face to previously anonymous individuals who are responsible for making these toys, which demonstrates that they are not just robots.