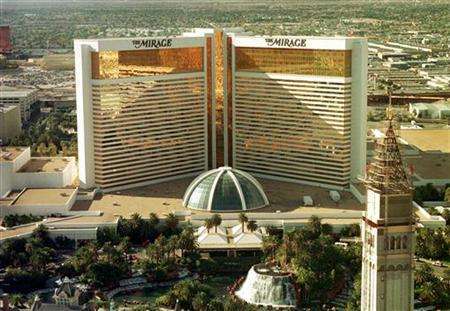 The Las Vegas hotel and casino anticipates construction to be completed by 2012, at which point the non-gambling hotel will open alongside two other extravagant MGM resorts on Abu Dhabi Island.

The 50 acre waterfront project will be situated downtown on the island and will have over 1,200 rooms, an arena to seat 12,000 and is to be surrounded by upscale restaurants and retailers. It will belong to a larger community of waterfront residences on the harbour, complete with berths for private yachts.

"MGM Mirage will develop and manage the project for a fee while Mubadala will own it," the International Herald Tribune said. "The property, aimed at the high-end market, will have 'unparalleled views of the city skyline' and 'stunning panoramic views of the waterfront,' the companies said in a release."

I was impressed by the Las Vegas edition of the Mirage, but this one sounds like it will be simply mind-blowing and the perfect place for oil tycoons to indulge in luxury.