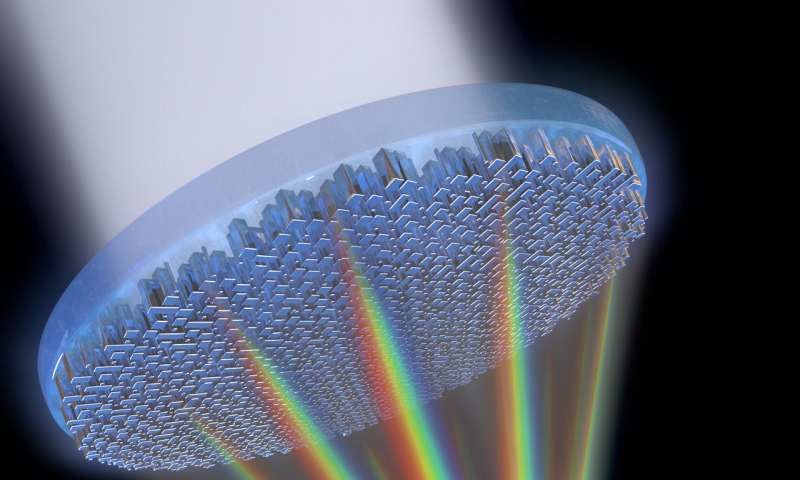 Justin Lam — January 8, 2018 — Tech
References: phys.org & mashable
Share on Facebook Share on Twitter Share on LinkedIn Share on Pinterest
Thanks to new research, the days of large and bulky camera lenses may finally be over as Harvard researchers have recently developed a novel flat lens that can better focus colors in a smaller package. The new lenses are being dubbed "metalenses" and could bring in huge advancements in camera and VR technology. Thanks to the smaller size of the lens, devices could better utilize space and include more hardware and larger batteries. Metalenses also have the advantage of being thinner, lower in cost and easier to produce. There is one catch though—while the metalens has been successful in focusing light, it can only do so at the scale of a nanoparticle.

Metalenses work quite differently than their traditional curved counterparts. Instead of having colored light travel through several curved lenses, the metalens utilizes "nanofins" that control the speed of the light as they enter the flat lens. Harvard has already licensed the metalens to an undisclosed start-up, so hopefully commercial camera lenses using the metalens will not be far off.
3.9
Score
Popularity
Activity
Freshness
Get Trend Hunter Dashboard