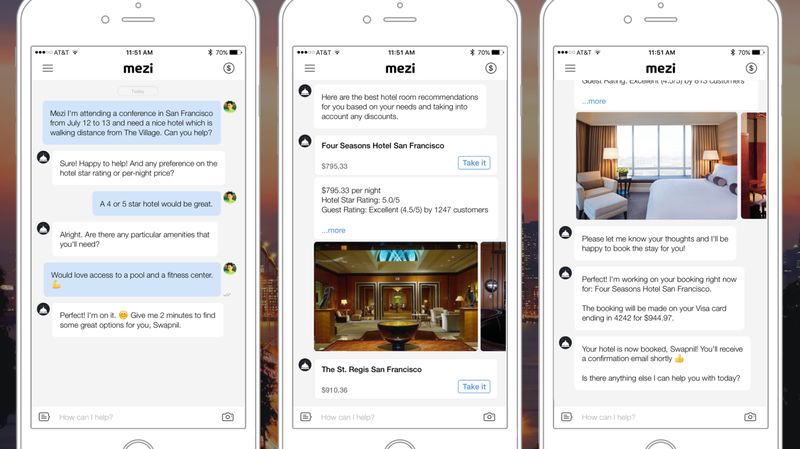 Justin Lam — August 23, 2018 — Tech
References: mezi & techcrunch
Share on Facebook Share on Twitter Share on LinkedIn Share on Pinterest
American Express recently announced its acquisition of Mezi, an AI-based virtual travel assistant that allows users to book flights, hotels, and everything in between. Originally launched solely as an AI-powered virtual assistant, Mezi switched focus to travel in 2016. The app itself presents users with a messaging-style interface and functions as a chatbot. Users are then able to interact with the app by texting questions with the AI search and bring forward results based on what the user texts.

The decision to focus only on travel was decided when Mezi noticed requests grew three times faster than personal shopping.

Unlike other AI-based systems, Mezi doesn't use existing AI such as IBM Watson. Instead, the travel-focused AI functions on proprietary deep learning and natural language processing systems.
1.5
Score
Popularity
Activity
Freshness
Get the 2021 Trend Report FREE