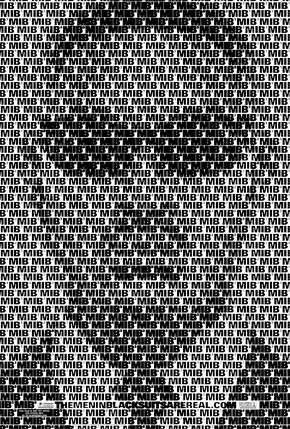 Released in November 2011, these stylish movie mosaics act as teaser posters for the upcoming film, set for a May 2012 debut. Like the films themselves, the designs are impossibly cool and mysterious, giving very little hint at what the third movie will entail. Using the trilogy's 'MIB' logo and shading, the faces of stars Will Smith and Tommy Lee Jones, who are both returning for MIB 3, are cast in black-and-white, with the hidden website URL "TheMenInBlackSuitsAreReal.com" added near the bottom.

After nearly a 10-year wait for the new alien investigation flick from Will Smith, I can't wait for the release of the third film. Whether you're a long-time fan of the series, or you're new to the series, check out these incredible Men in Black 3 posters.
1.9
Score
Popularity
Activity
Freshness
Access Advisory Services