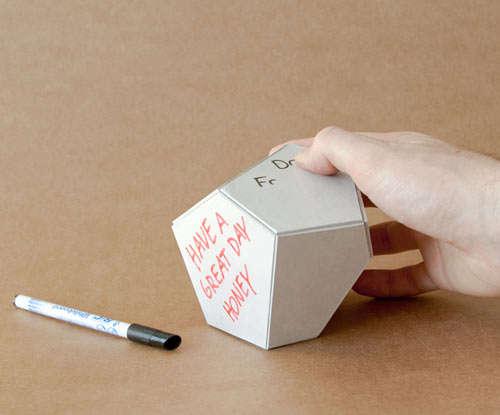 Meghan Young — November 29, 2012 — Eco
References: davehakkens.nl & design-milk
Share on Facebook Share on Twitter Share on LinkedIn Share on Pinterest
The Memo-Blocks by Dave Hakkens, a designer born in Valkenswaard and based in Eindhoven, The Netherlands, is a sculptural take on the common notepad. Shaped like a rock, it is a better alternative to such stationery, including sticky notes. It replaces the constant waste of individual pieces of paper with a reusable whiteboard-like surface that can be wiped away once the reminder or idea written on it is no longer of use.

Made for the Sueddeutsche Magazine in Germany, which tasked eight designers to created something that can be made at home, the Memo-Blocks by Dave Hakkens fulfills that directive and more. An eco-friendly product, it can be made using old plastic bags, sheet protectors or foil as the whiteboard surface.
2.8
Score
Popularity
Activity
Freshness
Get the 2021 Trend Report FREE