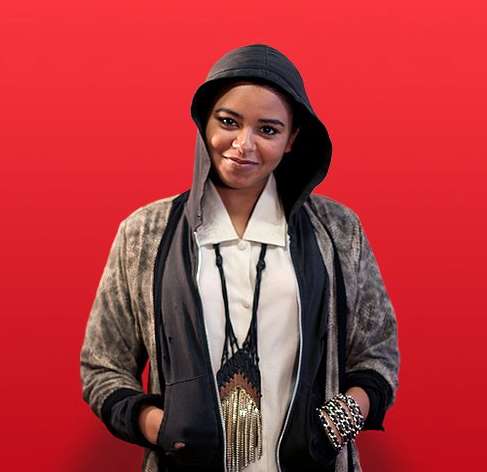 Shelby Lee Walsh — May 10, 2012 — Business
References: trendhunter
Share on Facebook Share on Twitter Share on LinkedIn Share on Pinterest
A critical thinker and socially savvy writer, Tiana Reid immersed herself in Trend Hunter's curriculum when she was a part of the Internship Academy. Tia quickly mastered the art of trend hunting and proved herself to be an invaluable editor. It was evident to everyone on day one that she was destined for Trend Hunter as her wardrobe was the definition of being a cutting edge trendsetter and her articles pushed boundaries on a variety of subjects including race, social consciousness and innovation.
__________

When I first came to Trend Hunter, as an intern in the summer of 2010, I had spent the past year as a Staff Writer for my school paper, The McGill Daily and blogging for a Montreal promotion team and music site. I, like most undergrads, didn’t have a damn clue as to what I wanted to be when I “grow up” (I’m still not grown!). I was 20 at the time and had dabbled in wild dreams of pediatrics, professional snowboarding (don’t ask), politics, rapping, international development and, of course, writing.

Career-wise, the experience I received while being trained to edit was one of the biggest assets of my term. I was editing almost the entire issue alone by the end of the summer. Editing made me feel in control -- #editorproblems -- and gave me the creative energy I needed. I was also the head of our PR and Brand Management project, which means I was managing the TH Twitter and Facebook accounts, as well as looking at the big picture to see where the brand could go from there. In essence, my four months at Trend Hunter was hands-on and I got to get down and dirty into everything I touched.

To be real, I was taken aback when I got hired on after my final year of university at McGill. I mean, I worked hard and brought it each and every day, yes, but it’s always a challenge to see yourself in a professional position especially when you’re not even done school. To set yourself apart from the crowd (which is so, so necessary now since there are, like, no jobs for college grads), take yourself seriously. Focus like it’s your job, because well, why else are you here? Don’t be afraid to put your ideas on the table. What I heart about the environment here is that taking initiative and creating strategies to further not only your own role, but the team and the business’ success is critical.

So at the end of the summer, I signed a contract to work with Trend Hunter and head SocialBusiness.org, a new channel for which I had the opportunity to see its growth from the beginning. I worked part-time during my last year at school and I’ve been working full-time since May 2011. At first, my role at Social Business was mostly researching the social innovation, social business and social enterprise space to writing profiles and interviewing CEOs and entrepreneurs. Now, I do all that and more: social media consulting and management (Twitter, Facebook, Google+, LinkedIn, Pinterest, oh my!), research and writing our new ebook, editing submissions, coming up with ideas for website enhancements, covering conferences and writing editorials like “The problems with so-called ‘conscious consumerism’.”

My role for Trend Hunter has been just as challenging. On Mondays, I edit the daily issue, which includes pieces from our interns and contributing writers, as well as our global community base. On Fridays, I work on PR for Trend Hunter. This ranges from seeking out conference and award opportunities to pitching stories for websites and newspapers.

Seeing the internship program grow from when I first interned two years ago until now is cray. And being part of the constant reinvention means that I’m able to incorporate my learnings into a fresh digital media curriculum.

The crew here is OOC (out of control). We have our own LOL-worthy inside jokes, comparable to the memes we seek out on the web. What’s more, we push each other to carry the day -- day after day.