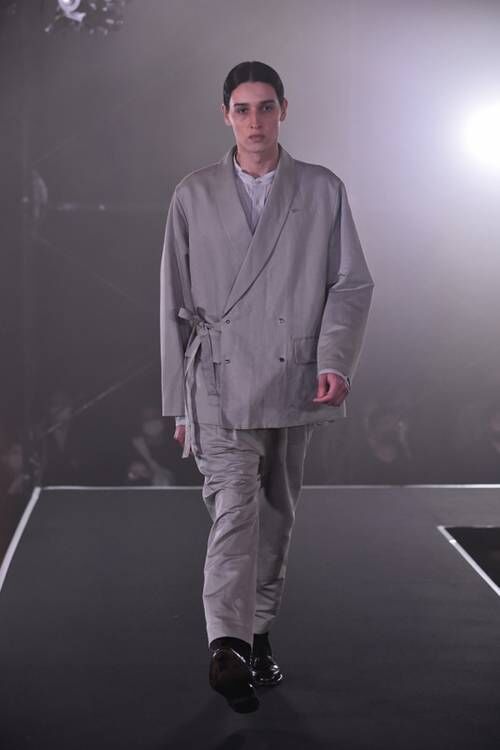 Amy Duong — October 22, 2020 — Lifestyle
References: hypebeast
Share on Facebook Share on Twitter Share on LinkedIn Share on Pinterest
The MEANSWHILE Spring/Summer 2021 collection was shown during the Rakuten Fashion Week Tokyo and it is full of wearable gear that readies for adventure. The wide selection of goods are inspired by outerwear and warps the silhouettes in a playfully exaggerated manner.

The dramatic designs are wearable and push creative boundaries in many directions. The items include juxtaposing styles such as the kimono blazers, or the zippered capes, shearling jackets, and field jackets as well. To prepare for the Spring and Summer seasons, there are cropped slacks, zippered cargo pants to offer length adjustments. The accessories include gloves, hats, necklaces, belts, vests, and more. The rest of the capsule includes collaborative items alongside brands such as Danner and Keen to create footwear.