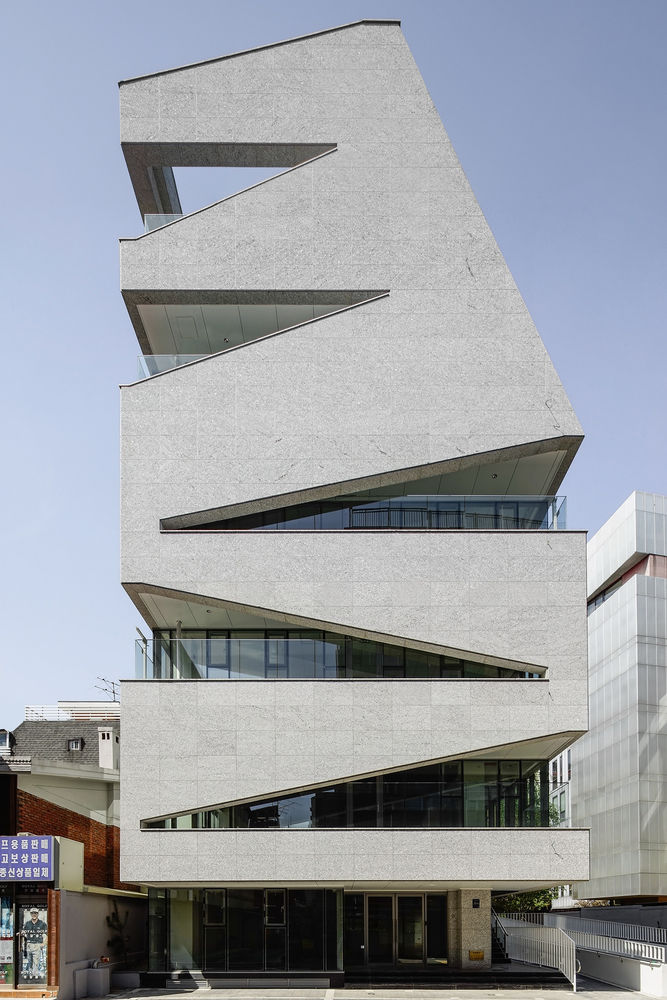 Joey Haar — June 9, 2018 — Art & Design
References: archdaily
Share on Facebook Share on Twitter Share on LinkedIn Share on Pinterest
Verticality tends to be the dominating visual aspect of most office buildings, but MC Building uses a clever bit of design to subvert that inherent trait. The Seoul office building's facade is split at several points by triangulated windows, making it appear as though the cement tiling cuts back and forth in a zigzag pattern.

On top of its insistence on horizontal eye lines, MC Building further sets itself off on the upper stories of the building. It has an angled wall near the top of the building, which causes it to taper as the top few stories rise up to the roof. As a whole, the building thus has a skewed appearance that separates it from its urban surroundings.