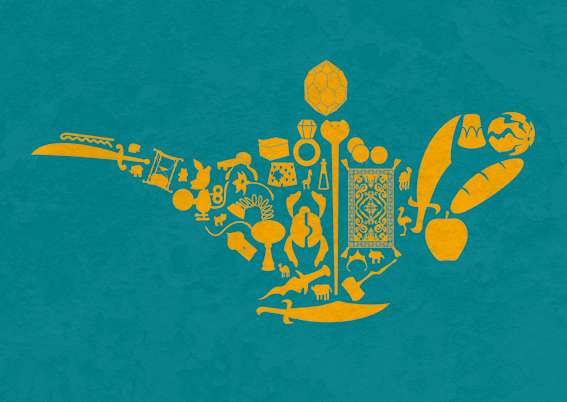 Jason Soy — June 7, 2012 — Pop Culture
References: maximepecourt.blogspot.fr & blog.thaeger
Share on Facebook Share on Twitter Share on LinkedIn Share on Pinterest
The Internet’s currently oversaturated with movie posters by graphic designers trying to make a name for themselves, but don’t let that fact make you pass up these wonderful film promos by Maxime Pecourt. Rather than just using simplistic graphics like his contemporaries, Pecourt has opted to render props from within movies to create images that are symbolic of each film. For instance, his poster for Tim Burton’s ‘Batman’ features batarangs, feathers, mechanical laughing teeth, a shattered mask, the batmobile and gargoyles, all coming together to form the Batman insignia.

Other films featured in Maxime Pecourt’s poster series include Aladdin, The Matrix, E.T. and Men in Black.

The concept’s actually rather unique, and movie studios may consider borrowing the idea since film posters in general have become very stale.