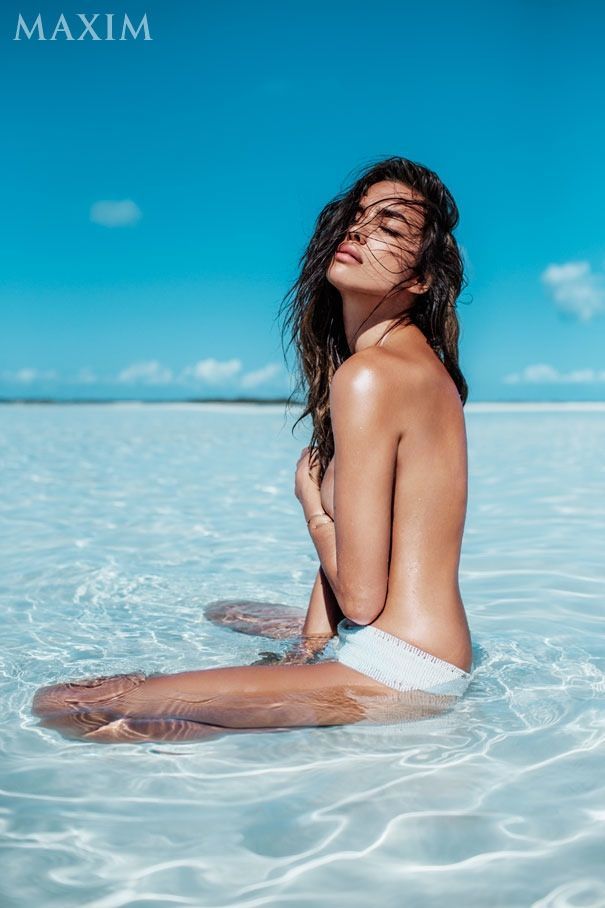 Meghan Young — July 11, 2014 — Naughty
References: maxim & fashiongonerogue
Share on Facebook Share on Twitter Share on LinkedIn Share on Pinterest
The Maxim Magazine July-August 2014 cover shoot centers around a handful of crisp blue and white images that will have people not only dreaming about Russian model Irina Shayk, but also of a much needed vacation at some tropical destination. Although it follows the usual beach photoshoot formula of topless shots and smoldering stares, the images are refreshing.

Shot by photographer Russell James, the Maxim Magazine July-August 2014 cover shoot exclusively showcases blue and white swimsuits that complement the brunette beauty's envious backdrop. In the accompanying article, Shayk says, “I don’t care about people’s opinions, and neither does Cristiano. Some people like you; some people hate you. You have to be strong.” She will next be seen not in a magazine, but on the big screen in 'Hercules.'
5.4
Score
Popularity
Activity
Freshness
Access Advisory Services