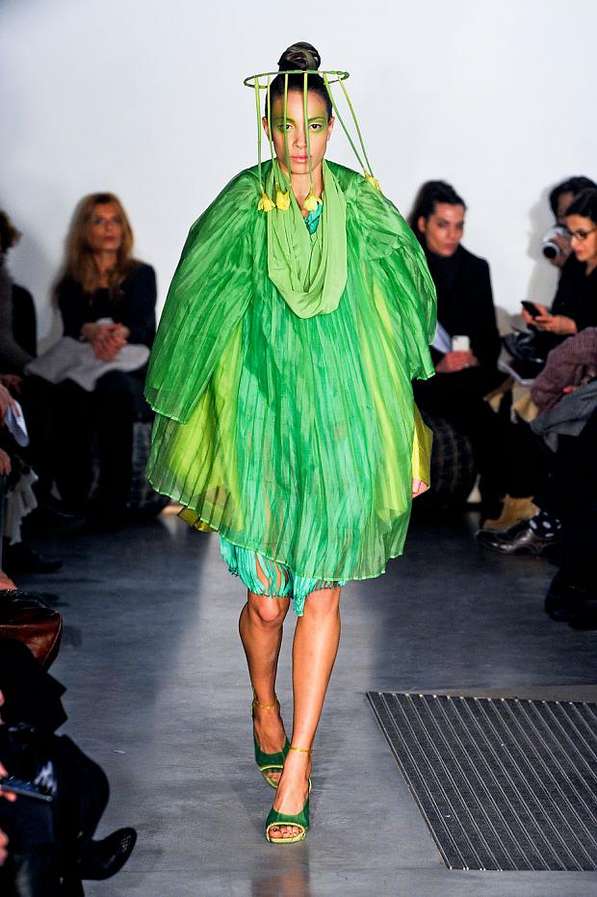 The Italian designer featured looks that sought to imitate the chaotic, yet demure qualities of a garden, and utilized a variety of materials to recreate stems and flowers worn on the model's heads. The dramatized proportions, especially the top-heavy aspect of the looks, added to the feeling of earthy-charm. Several jackets that appeared on the runway had rosette detailing, which appeared to be the most functional interpretation of a flower bed.
6.2
Score
Popularity
Activity
Freshness
Get Trend Hunter Dashboard