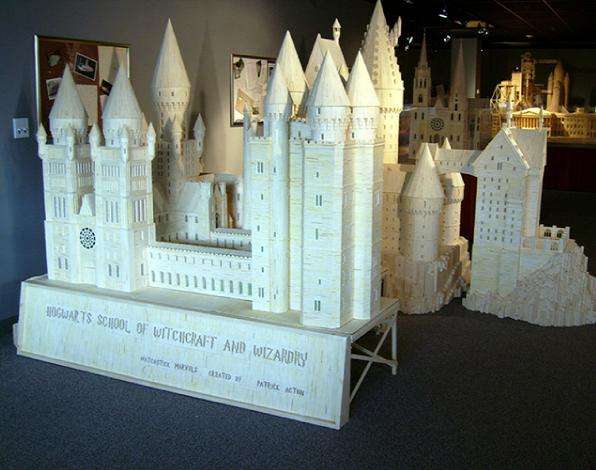 The Matchstick Hogwarts by Patrick Acton Will Spark your Interest

Currently located in a Spanish museum, the artist's fire starter replica is one of a collection of enormous (albeit scaled down) architectural reproductions. His oeuvre includes the United States Capitol building, the Elfin palace from the Lord of the Rings and even the Challenger space shuttle. This particular creation is another stand-alone masterpiece composed of more than 602,000 individual matches.

Taking on an unbelievable intricacy of meticulous detail, the School of Witchcraft and Wizardry is taller than most people and boasts the most authentic form the designer could gather from the films. The Matchstick Hogwarts by Patrick Acton incorporates steep towers, tiny windows, rough cliff edges and is truly a magical model.
3.4
Score
Popularity
Activity
Freshness
Get Better and Faster

Drawing with Matches
Mexican PSA Against Burnt Child for Awareness