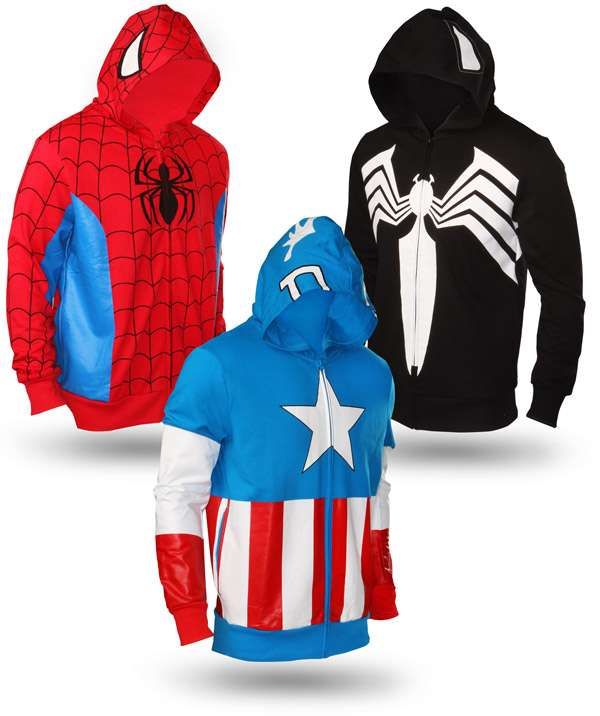 Channel Your Inner Geek With the Marvel Superhero Hoodies

For those who are feeling a little heroic or villainous, the Marvel Superhero Hoodies would make the perfect attire to complement your mood. The apparel is decked out just like the costumes that some of the comic book world's finest wear, whether they're saving the world or attempting to destroy it. As an added bonus, there are also eyes on the side of the hood that replicate the look of a mask.

There are three different styles in total, including Spiderman, Captain America and the very badass Venom. So show your inner comic book nerd and get one of these hoodies now!
3.7
Score
Popularity
Activity
Freshness
Get Better and Faster