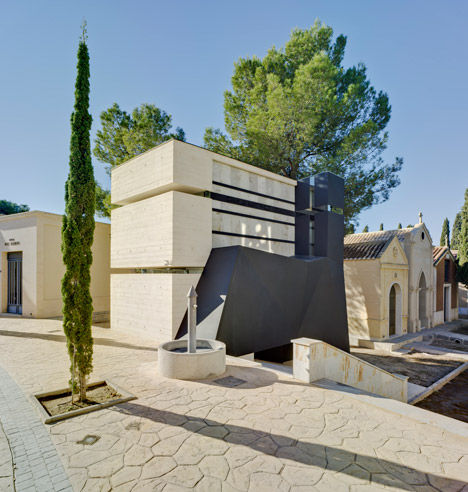 The intricate structure is meant to symbolize the complexities of religion. One of the architects, Amparo Martinez Vidal, explains, "Religion translates complex situations, polarizing and placing them opposite in hell and heaven, two antagonistic ends. Our purpose was to make difficult what was simple, and to turn what was sober into something innovative."

To do so, the architects separated the structure's exterior into two sections; one being a concrete body, which is interrupted by two horizontal openings. The second is a steel volume where the entrance is located. Despite its ability to carry a substantial load, the architects used concrete as mere facing in this project. Rather, the structural requirements of the structure are performed by the steel skeleton concealed behind.
1.6
Score
Popularity
Activity
Freshness
Get Better and Faster

Symbolic Warped Church Windows
The Church of St. Martin in the Fields Has a New Abstract Design