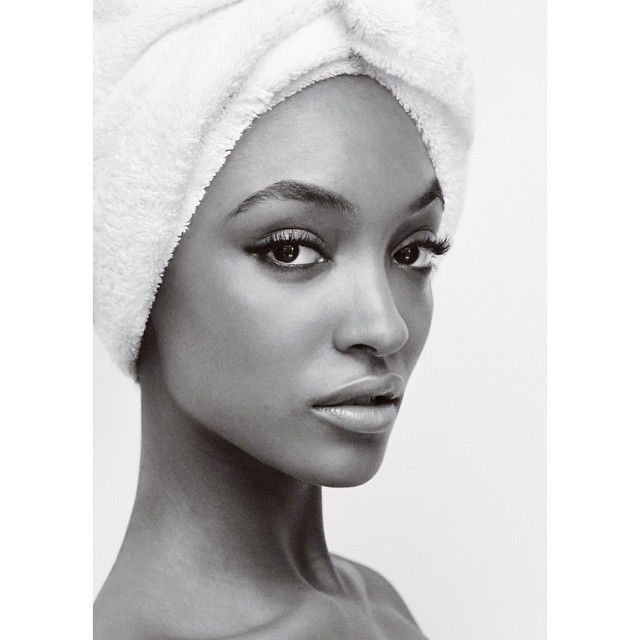 Jordy E — December 20, 2014 — Fashion
References: mariotestino & fashiongonerogue
Model Jourdan Dunn is the latest celebrity model to star in Mario Testino's "Towel Series." This marks the 58th edition of the production which in the past has featured the likes of Naomi Campbell, Kate Moss, Miranda Kerr and Karlie Kloss.

Given the long list of star names that distinguish the Towel Series, it follows that Testino sought out Dunn. Each image is posted on Instagram, making for an interactive production that allows followers to comment on the series.

In line with the name of the photoshoot is a bare bones look at Dunn with only a towel wrapped around her head. Much like the other a-list females, Dunn displays her natural looks to viewers.
5.2
Score
Popularity
Activity
Freshness