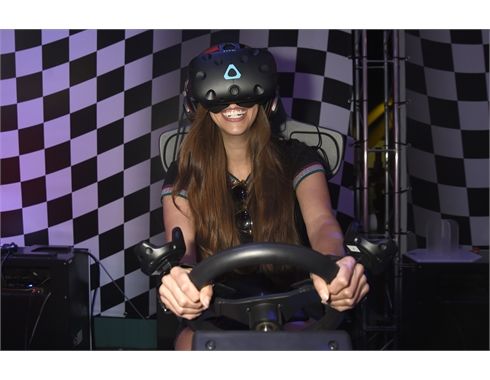 Daniel Johnson — June 19, 2019 — Tech
References: bandainamco-am & engadget
Share on Facebook Share on Twitter Share on LinkedIn Share on Pinterest
Mario Kart VR has set up shop in Orange County, the release came at VR zone Portal Irvine on June 12th. The game is available at the K1 Speed entertainment center, where players can immerse themselves in the world of Mario Kart. Previously the VR went through other locations including Washington DC, London, and Tokyo.

The Mario Kart VR game works through an HTC Vive and can support four players simultaneously. The main game provided is a VR version of Mario Kart, but players can choose between Mario Kart, Argyle Shift as well as Ski Rodeo. The game was created by a company called Bandai Namco, and it intends to create more VR installments within the US. However, no information is available on which locations will be next.