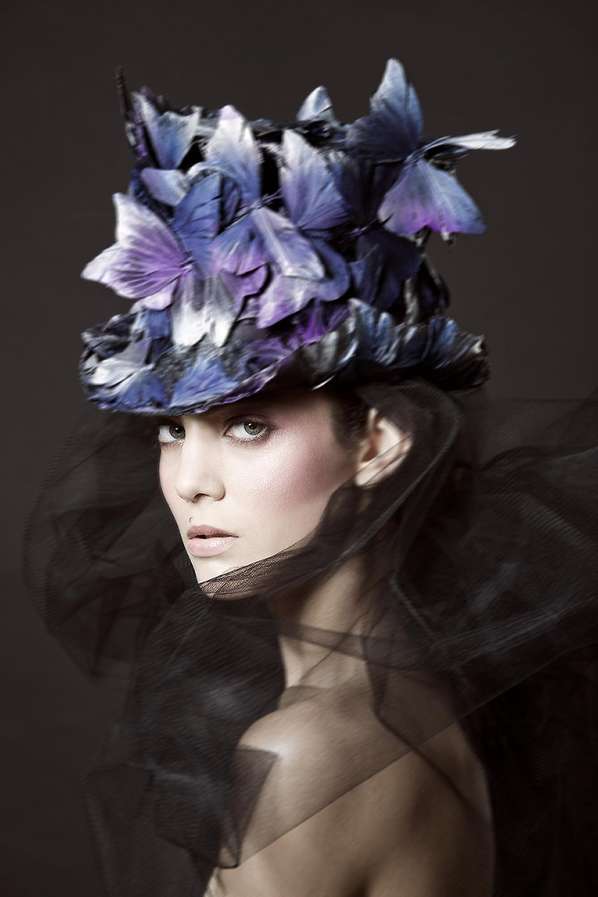 The Photoshoot Starring Marine by Milos is Darkly Romantic

Meghan Young — April 1, 2013 — Fashion
References: milosimage & fashionising
Share on Facebook Share on Twitter Share on LinkedIn Share on Pinterest
The photo series starring model Marine by Milos, a photographer based in Sydney, Australia, is theatrical on a couple of levels. First and foremost, the headwear being showcased throughout the photoshoot is visually striking. Dramatically reaching up towards the sky with a life of their own, they certainly steal the show.

Nevertheless, the model gives them a run for their money by exercising her own right to a bit of a dramatic flair. Moody and fierce, Marine by Milos adds a dark flavor to what would normally be only a fresh, nature-inspired set of images based solely on the styling.