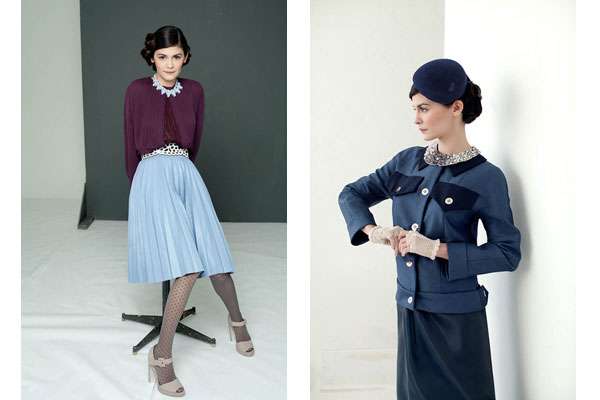 Meghan Young — May 16, 2012 — Fashion
References: marieclaire.ru & fashiongonerogue
Share on Facebook Share on Twitter Share on LinkedIn Share on Pinterest
While Fashion Gone Rogue might describe actress Audrey Tautou as a 'bewitching femme fatale of the 50s,' the Marie Claire Russia April 2012 editorial appears to be much more innocent than that. It showcases classic Parisian fashion, appropriately modeled on a stunning French movie star, that is more femininely demure than femme fatale. At the very least, there is a vintage vibe.