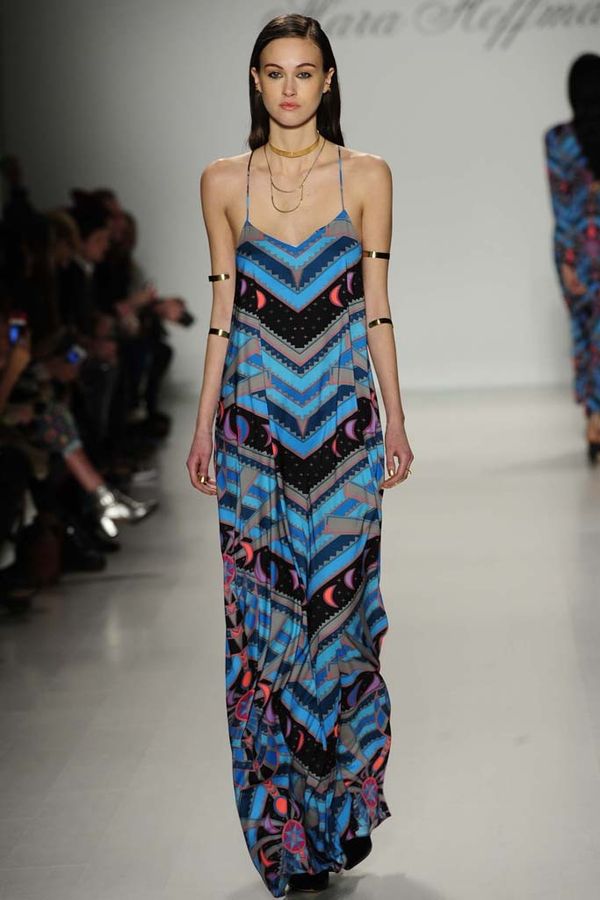 Laura McQuarrie — February 12, 2014 — Fashion
References: style & wwd
Share on Facebook Share on Twitter Share on LinkedIn Share on Pinterest
Mara Hoffman is a designer that is best known for her bold use of prints and for the debut of the Mara Hoffman Fall 2014 collection at New York Fashion Week, she remarked that “it's the most black I've ever sent down the runway.” Although this might have been worrisome for the designer, there were some gorgeous dark pieces in the Fall collection, but they certainly did not overpower the vibrant North African-inspired prints that were shown alongside them.

The collection translated inspiration from Morocco, Egypt and Bedouin tribes into intricate beadwork, starry motifs and vibrant patterns, both in black and white, as well as in color.