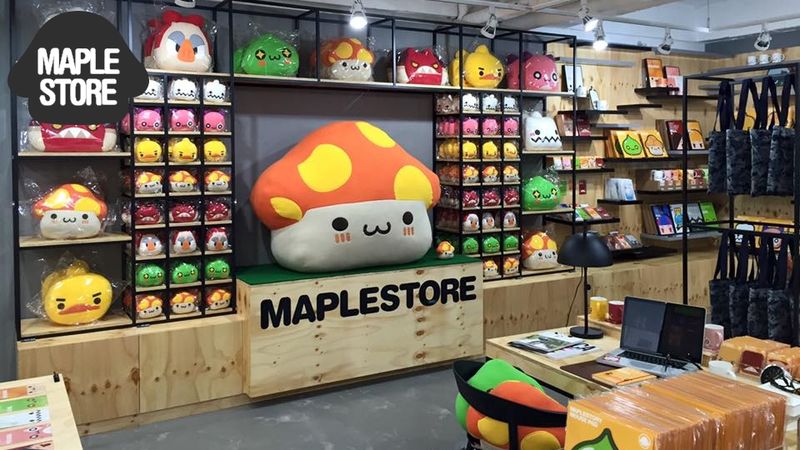 Katherine Pendrill — May 13, 2016 — Pop Culture
References: mmoculture & orangemushroom.net
Share on Facebook Share on Twitter Share on LinkedIn Share on Pinterest
This past fall, a pop-up shop called the Maple Store opened in Seoul's Gangnam district. Online gaming is extremely popular in South Korea, meaning there is a growing demand for video game-branded merchandise. This pop-up catered specifically to fans of a game called MapleStory with everything from character-inspired plushies to printed tote bags.

The Maple Store opened in October of 2015 and closed during January of this year. The pop-up sold merchandise for the online game MapleStory, which is a 2D multiplayer game developed by the South Korean company Wizet. The store sold merchandise for the game, including plushies, mugs, stationary and bags branded with the image of characters from the series. The store also featured a small cafe so that shoppers could indulge in a hot drink while browsing the merchandise.