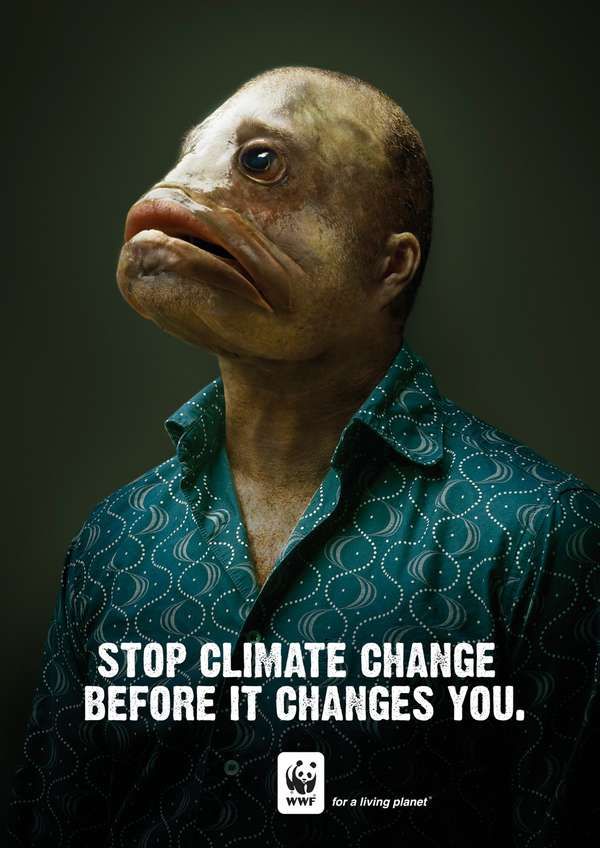 "Stop Climate Change Before it Changes You" Campaign

The ad, which was created by Germaine ad agency, similarly shows that we need to stop climate change before it changes us. A man is shown with a fish head as a sign of reverse evolution that might occur if the climate change and ice melting continue at the current alarming rate.

While the first campaign was kind of sexy (at least to me), this man with a fish head is totally creepy and should work as a motivation for us all to double our efforts to protect our planet.