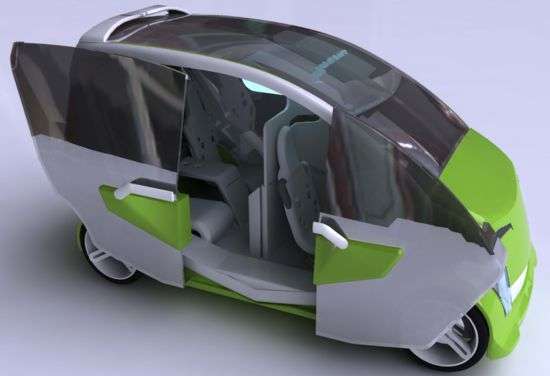 Meghan Young — September 21, 2009 — Autos
References: ecofriend.org & thedesignblog.org
Share on Facebook Share on Twitter Share on LinkedIn Share on Pinterest
I wonder, when designer Mohd Azam Abd Halim came up with his Malaysian concept multipurpose vehicle, if he knew just how poetic it would be: an eco-friendly car inspired by nature itself. Modeled after the Malaysian woodpecker, MCET (Malaysian city eco-transit) is a zero-emissions concept car.

According to Naresh Chauhan, this Malaysian concept multipurpose vehicle “generates power from 1000 cc electric engine, supported by lithium ion battery, allowing an environmentally friendly ride.” As public transportation goes, this woodpecker of a car may not only be, as Madan puts it, “inspired by nature for the sake of nature,” it’s also pretty cute (yes, that is a very girly thing to say).
2.9
Score
Popularity
Activity
Freshness
Get Better and Faster