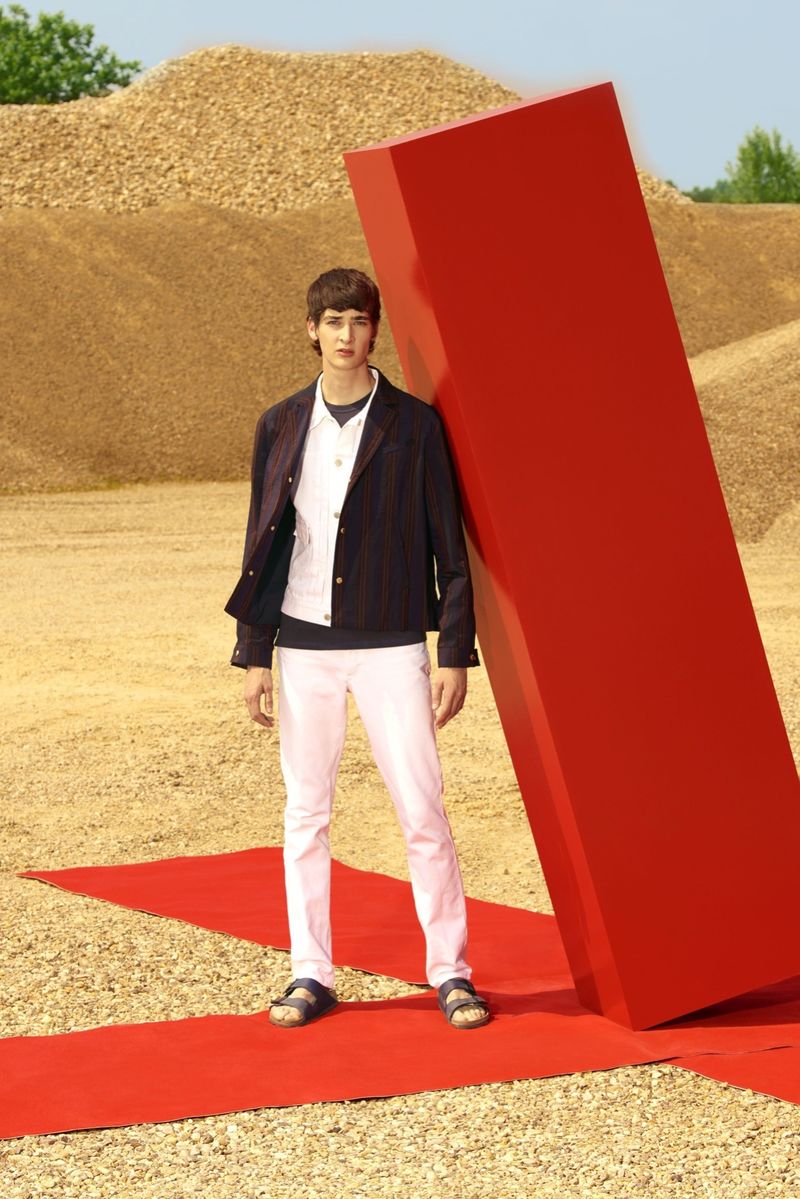 The Maison Kitsune Spring Line Was Captured in an Unreal Location

A concept by the eccentric Pierpaolo Ferrari, this desert shoot provides all kinds of surrealistic elements. As opposed to using a variety of male models, the star of this shoot is Paris-based Corentin Renault. The brunette model is seen in head-to-toe in Maison Kitsune S/S '16 while posing in an object-filled desert. Looking chic in workwear, cornflower blue moleskin materials, geometric micro floral patterns and other adventurous attire, Renault is seen juxtaposed with doorways in the middle of the desert, colossal lip-shaped sofas and Greek architecture.