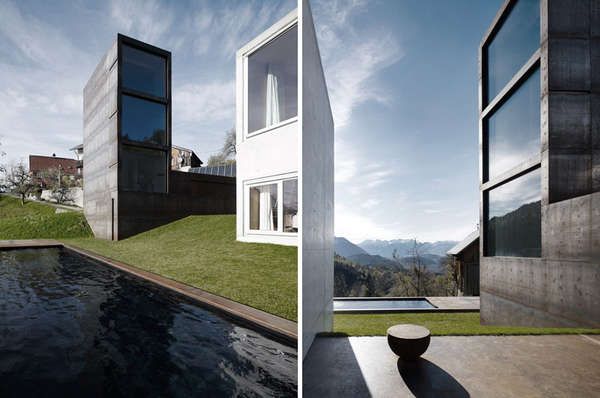 The Stefan Marte’s ‘Maiden Towner’ is a Modern D

Inspired by the archetypal maidens and princesses from fairy tales, Stefan Marte created the ‘Maiden Tower’ as a private bedroom and hide-away for his two daughters. Made from Marte Mart Architekten’s famous cor-ten steel and concrete, the tower bedroom is a several-storey black vertical rectangle. The three tower sides are completely concrete and beautifully contrast the front wall, which is covered in three magnificent enormous square windows. Built completely separate from Stefan’s own home, this tower stands elegantly on its own overlooking the surrounding green pastures.

The ‘Maiden Tower’ is an alluring tribute to fairy tales, even though a Prince Charming probably couldn't climb into this tower so easily.