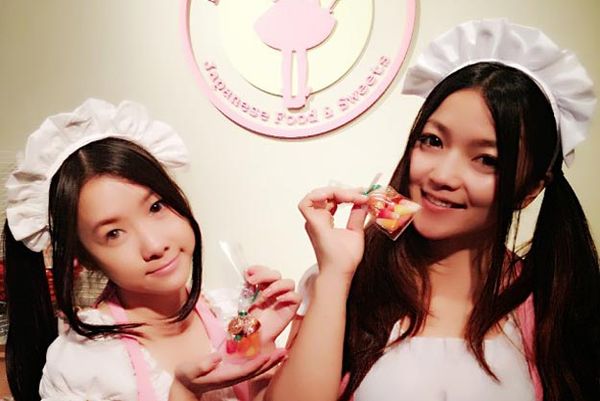 The Maid Cafe Caters to Otaku in New York City

Meghan Young — November 15, 2013 — Lifestyle
References: facebook & psfk
Share on Facebook Share on Twitter Share on LinkedIn Share on Pinterest
There is a subculture in Japan known as otaku that is obsessed by manga and anime; the Maid Cafe caters to those who belong to this subculture in New York City. An eroticized coffee shop, the Maid Cafe boasts an all-female wait staff that are outfitted in a costume that is part maid's uniform, part peasant attire and part little girl's outfit. Of course, all the waitresses are young Asian women.

Originally from Akihabara, Tokyo, the Maid Cafe has been spotted in Los Angeles and even Toronto. It is typically filled with 25 to 30-year-old men. To safeguard the women working at Maid Cafe, "customers aren’t allowed to touch the waitresses, speak to them outside of working hours, or try and get hold of their contact information," according to Psfk.
6.3
Score
Popularity
Activity
Freshness
Get the 2021 Trend Report FREE