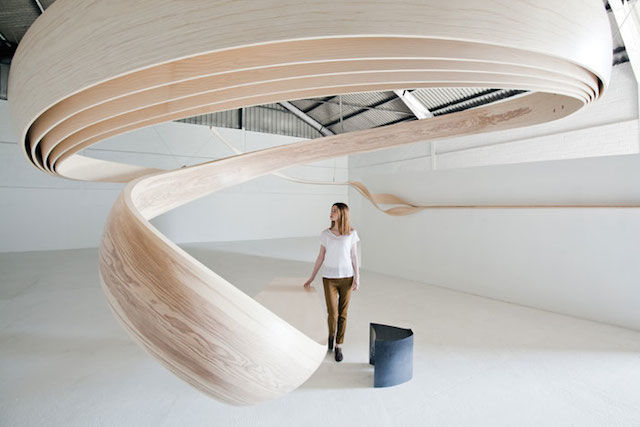 Meghan Young — July 1, 2014 — Art & Design
References: josephwalshstudio & fubiz.net
Share on Facebook Share on Twitter Share on LinkedIn Share on Pinterest
The Magnus Celestii desk is more of a work of art than a piece of furniture, hand's down. In fact, if it weren't for the dubious seat placed opposite of the 'tabletop,' no one would think to use it in such a mundane and practical way. Instead, they would lose themselves in its swirling shape that rises majestically to the ceiling.

Designed by Joseph Walsh Studio, a firm based in Cork, Ireland, the Magnus Celestii desk is made out of olive ash wood and finished with a white oil. A one of a kind creation, is located in the Artists’ House. A significant departure for the studio and workshop, the name is derived from the Latin language.
3.4
Score
Popularity
Activity
Freshness
Attend Future Festival