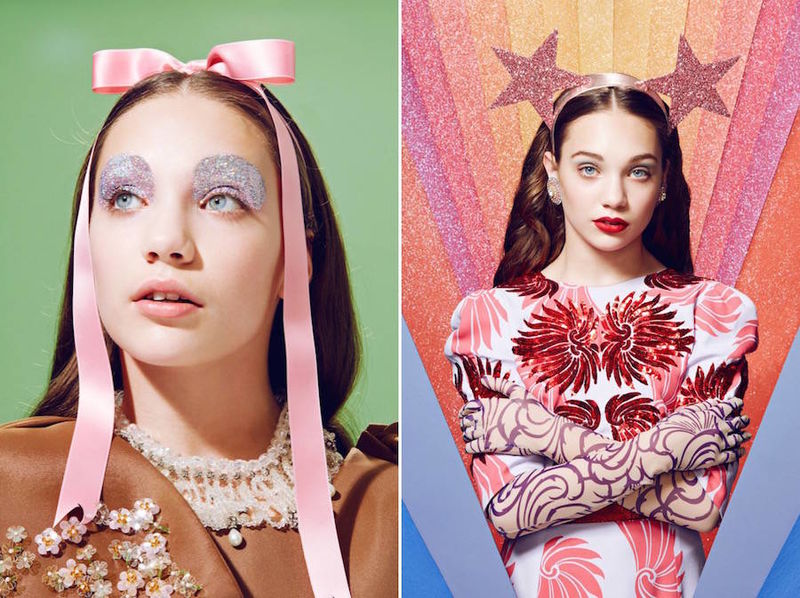 Riley von Niessen — May 12, 2016 — Fashion
References: jucophoto & fubiz.net
Maddie Ziegler is known for her appearances on the reality show 'Dance Moms,' which follows her competitive child dance career. What mostly got the 13 year old noticed however was her appearances alongside the singer Sia. Photographed by JUCO, Maddie Ziegler appears in Paper Magazine's '#Youth' issue in a dazzling photo series.

Every photo of the series is filled with color and glitter as well as statement clothing picks. While some are showcased in more muted, pastel colors, others are more bold and compliment with the photoshoot's vivid glitter.

The combination gives certain pictures a 1970s feel and makes the dancer look like she is about to appear on stage. Adorned in everything from oversized bows, glitter star ears, an enormous cherry headband and large rhinestones, each works to capture a viewer's attention.
6.7
Score
Popularity
Activity
Freshness