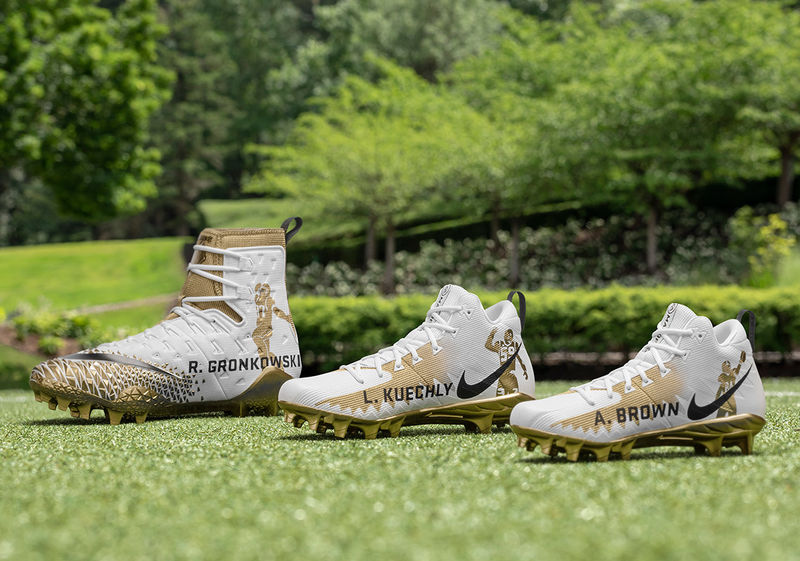 Justin Lam — July 5, 2018 — Tech
References: sneakernews & kotaku
Share on Facebook Share on Twitter Share on LinkedIn Share on Pinterest
In honor of the upcoming release of Madden NFL 2019, seven players have been given distinct Madden 99 cleats. The players who received these limited-edition shoes were all given a 99 overall rating within the video game, a distinction that has only been awarded to seven players in the series' decades-long history. This is not the first sports game to award players with special shoes, as the FIFA video game series awards players a pair of shoes each year based on their ranking in the game.

The players awarded personalized 2019 Madden 99 cleats include Antonio Brown, Rob Gronkowski and Luke Kuechly. Each pair of cleats come in white and gold and are emblazoned with a silhouette of the player, as well as a slogan imprinted on the heel. The Madden 99 cleats come presented in an incredibly gold "99" box, which also features a slogan under the lid.