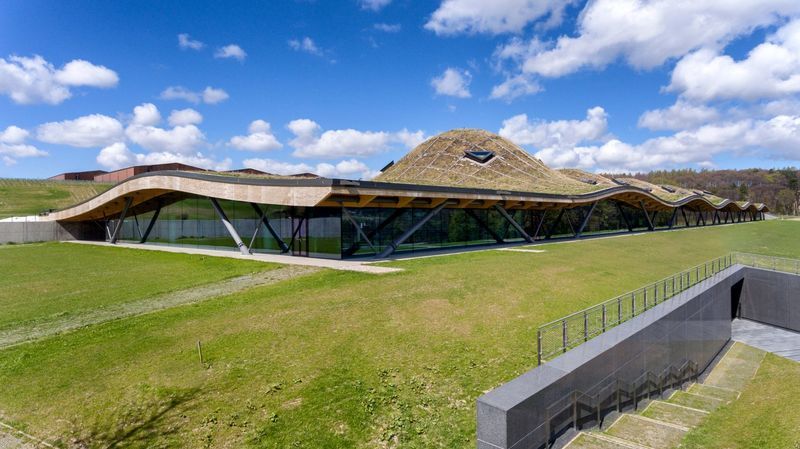 The Macallan Distillery is Covered with Scottish Flora

Joey Haar — May 23, 2018 — Art & Design
References: dezeen
Share on Facebook Share on Twitter Share on LinkedIn Share on Pinterest
In Scotland, whiskey has a history that runs deep, and the new Macallan Distillery make a metaphorical connection regarding the spirit's relation to the land. The distillery, which was designed by Rogers Stirk Harbour + Partners, is covered with earth and planted with local wildflowers, implying that whiskey is as tied to Scotland as the very earth upon which the nation sits.

Though the Macallan Distillery looks like a simple earthen building, that appearance belies its intense complexity. Dezeen reports that the building cost 140 million pounds, and its roof is constructed from 380,000 individual parts. The extravagance was necessary, as the building needed to conform to precise standards in order to properly house the whiskey stills that prepare the famous, highly sought after Scottish dram.