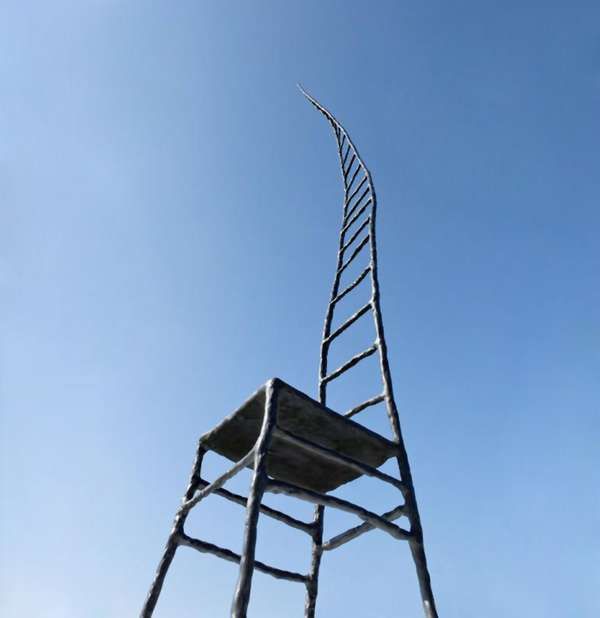 The Maarten Baas Empty Chair Stands Up for Freedom of Speech

Corinne Guirgis — May 27, 2011 — Art & Design
References: maartenbaas & designboom
Share on Facebook Share on Twitter Share on LinkedIn Share on Pinterest
The Maarten Baas Empty Chair is a dedication, an honor and an awareness-raising tool. Designed in honor of Nobel Peace Prize winner Liu Xiaobo for Amnesty International, the idea behind the chair is to support his campaign against the suppression of writers, journalists, artists and activists -- in other words, a tool in the fight for freedom of speech.

The seat's ladder reigns five meters tall and appears to "reach the sky," which according to DesignBoom, is a metaphor for the importance and accessibility of thought and speech to all. "Baas' chair design stands as a symbol for the chair that Liu Xiaobo did not sit in during the Nobel prize awards ceremony back in 2010, as he is currently serving an 11 year imprisonment for 'undermining the state'."

On May 28th, during the 50th anniversary of amnesty international, this "empty chair" will be presented and its significance detailed to those in attendance.