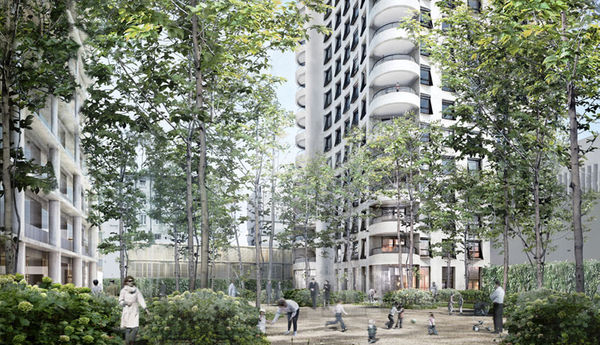 Tiffany — January 25, 2014 — Art & Design
References: news.yahoo & dezeen
Share on Facebook Share on Twitter Share on LinkedIn Share on Pinterest
In response to the Lyon Confluence project that was developed by the Greater Lyon Authority in 1998, design plans between Swiss architecture firm Herzog & de Meuron and landscape architect and designer Michel Desvigne have recently been revealed for the first plot of land, the ilot A3, to be developed in the area.

Inspired by the need to respect and preserve the city’s traditions, identity and its historically deep heritage roots, the master plan is revealed to provide various spaces including commercial spaces, retail shops, public spaces and living accommodations.

Within these designs, there are six international and local design studios that include world renowned designers to the forum including Tatiana Bilbao and Christian Kerez, Manuel Herz and many more.