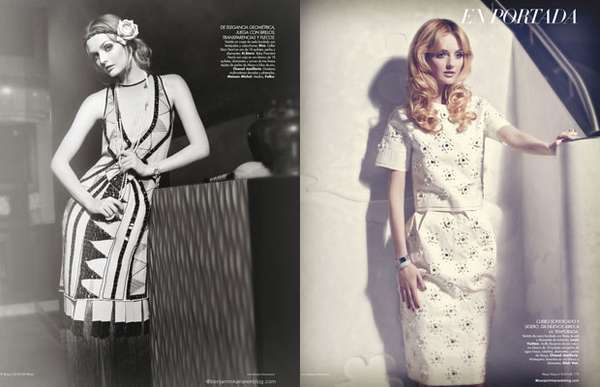 Meghan Young — April 30, 2012 — Fashion
References: harpersbazaar.es & fashionising
Share on Facebook Share on Twitter Share on LinkedIn Share on Pinterest
The idea of ladylike glamor often changes from year to year and generation to generation, which the Lydia Hearst Harper's Bazaar Spain cover shoot shows. Although it really only concentrates on two eras, the roaring '20s and the more modern '80s, the editorial hones in on changing beauty ideals in a subtle way. From flapper dresses and headbands to shoulder pads and voluminous curls, the two themes may be very different, but they complement each other nicely.