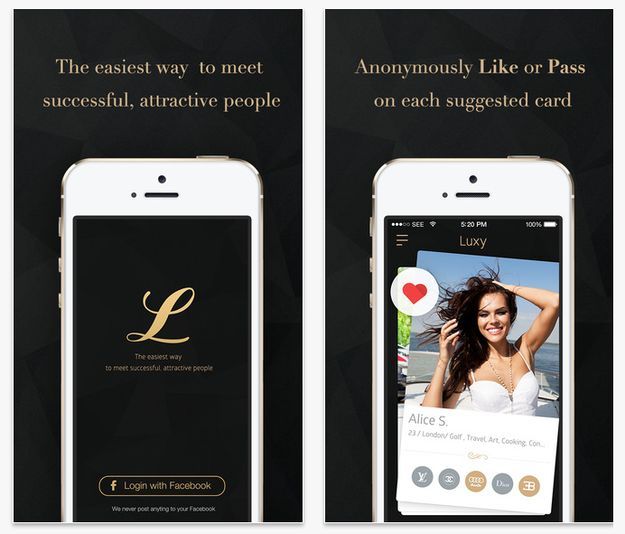 Vasiliki Marapas — October 1, 2014 — Tech
References: itunes.apple & buzzfeed
Share on Facebook Share on Twitter Share on LinkedIn Share on Pinterest
The Luxy app is a new dating application that advertises itself as a way to "Meet Wealthy Men & Attractive Women" -- I guess wealthy women seeking attractive men are out of luck, here? But don't worry, there are no gold diggers on the site, because the app requires its users to have a minimum income of $200,000. Pocket change!

The app, which has been garnered a lot of online indignation since its launch, boasts that CEOs, millionaires, celebrities and professional athletes use it to seek out attractive, wealthy love interests. The anonymous CEO of the app even goes as far to say that Luxy "weed[s] out the poor and attractive." How, exactly, it does this is unclear, as users input their financial information themselves.

So there you have it, folks: if your numerical attractiveness score is under an eight, and you're not earning a three-figure paycheck, you can tuck your tail between your legs and join Tinder like the rest of us peasants.
3
Score
Popularity
Activity
Freshness
View Innovation Webinars