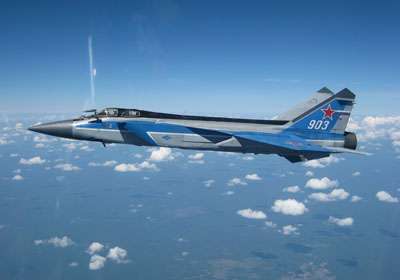 Bianca — May 17, 2008 — Luxury
References: forbes
Share on Facebook Share on Twitter Share on LinkedIn Share on Pinterest
Everybody has dreams, but each person has different levels they're willing to go, or pay, to make them a reality. The fact that the camping industry is pulling in an estimated $11 billion annually says a lot for the willingness to have those experiences. Some want to play basketball with Michael Jordon, others want to enjoy dinner with The Donald, and then there are those who dream of getting married with Branson in Space.

"From Vegas penthouse suites and celebrity tutorial sessions to remote cabanas and world-class food, high-end fantasy camps offer just about anything you desire," says Forbes Magazine in a feature called Eight Places to Live Out Your Fantasy.

The fantasy camps listed by the publication include the Rock and Roll Fantasy camp at Abbey Road Studios in London that lets fans of the Beatles, Pink Floyd and Oasis record in the same studio they once did... for $13,000.

"Over six days, campers get to stay in the same hotel as their celebrity instructors and play shows at rock 'n' roll landmarks, such as bars or theaters where music icons once played," Forbes explains.

Canada has a similar version, League of Rock which we've previously featured.

Other camps featured by Forbes include the Waves Surf School in Australia. At $500 for three nights in the park, it's a fantastic deal as it includes everything from lessons to gear and even food... prepared, of course, on the BBQ.

Incredible Adventures offers 2,400 mph flights, er blasts, in MiG fighter jets. Is the thrill of strapping into a MiG-29 or MiG-31 Foxhound leaving from Russia or South Africa worth $18,750? To some it does, especially as it includes five nights in a four-star hotel in Moscow or Nizhny. The same company will professionally film your skydive over Mount Everest for $36,500, which includes return airfare from Kathmandu.

Not into extreme sports? What about something more mainstream... but with a professional coach? The New York Yankees have a $5,500 week-long baseball fantasy camp where attendees might get to play with former Yankees in Tampa, Fla (no guarantee.)

If you want guaranteed sports celeb interaction, the $17,500 Michael Jordan Flight School in Las Vegas is a better option. Jordon and other bball stars interact directly with participants, who simultaneous enjoy the good life at the Mirage hotel as well as services like chauffeured limos.

And then there's Virgin Galactic. Check out our coverage of Branson's out-of-this-world service here: