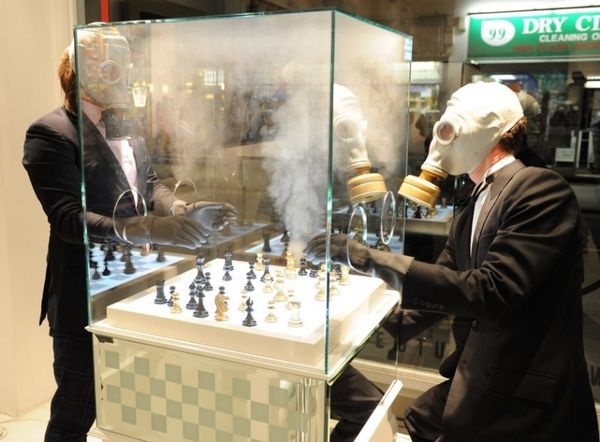 Megan Facciuolo — April 22, 2014 — Social Good
References: purlinglondon & pursuitist
Purling London has a luxury chess on display not only for the purpose of allowing onlookers to partake in the classic game, but to make them aware of the dangers in chemical warfare. The Couture Chess table designed by T.Raymonzrek delivers the serious message melodramatically by releasing gas as the game is played out.

The 34-piece game reflects the battle over scarce natural resources like oil and gold; the chess pieces were crafted in the likes of such goods. The artist has also added the gas-emitting feature so a player can eliminate their opponent with a move that represents real-life attacks. For safety, the chemicals are contained in a glass box, and the players must wear gloves and gas masks.