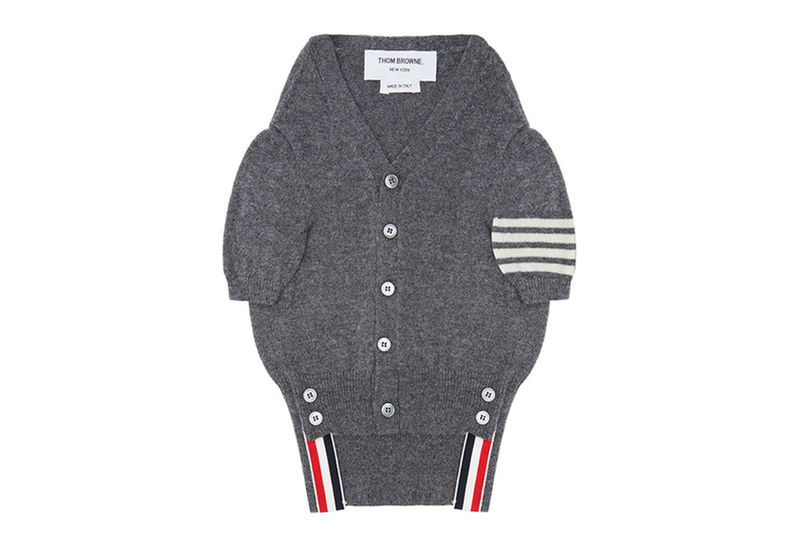 Like other apparel from his brand, the designer's name is included on a tag on the back of the small knit sweaters, reminded dogs and owners of its opulent origin. The knitted gray v-neck is soft enough to make any who pass by on a walk envious and the buttons that close and decorate it give it a sense of masculine class. One sleeve is adorned in stripes to vary it, as well as on the bottom of the luxurious dog sweater.

Dubbed the 'Hector Brown,' the sweater was reportedly made in honor of Thom Browne's dog, who, given the design, is likely to be as stylish as his owner.
4.1
Score
Popularity
Activity
Freshness
View Innovation Webinars