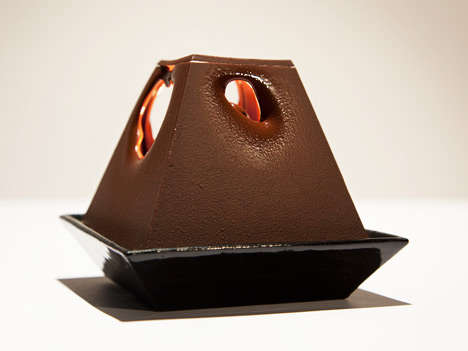 Meghan Young — February 5, 2013 — Art & Design
References: lervik.se & core77
Share on Facebook Share on Twitter Share on LinkedIn Share on Pinterest
The Lumière au Chocolate may get people salivating even before they learn that it is made out of real chocolate and not just designed to look as though it were. Intriguingly, it probably looks more like an oversized piece of Toblerone than a light fixture. When first turned on, it doesn't emit any light. But as the designer, Alexander Lervik, states, the Lumière au Chocolate mimics "light spreading along the horizon at sunrise. The heat from the lamp causes the chocolate to begin melting, and it takes several minutes for the first rays of light to penetrate."