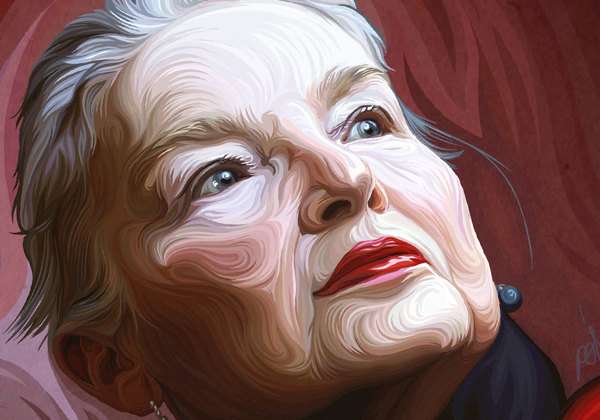 Rather than simply blending in skin tones and value with airbrush techniques, Lukasz Poslad chooses instead to meticulously segment portions of people’s faces into thin swirls. These swirls then cooperate to form the bumps, shadows and lighting that ultimately form simultaneously realistic and surreal-looking visages. By employing this technique, Poslad increases his workload tenfold, but as viewers can see for themselves, the results are incomparable.

The swirls themselves are reminiscent of thumb and fingerprint markings or clay that has been folded numerous times. Some of Posland's older subjects look as though their faces are melting due to his visual style coupled with sagging skin.
2.5
Score
Popularity
Activity
Freshness
Get the 2021 Trend Report FREE