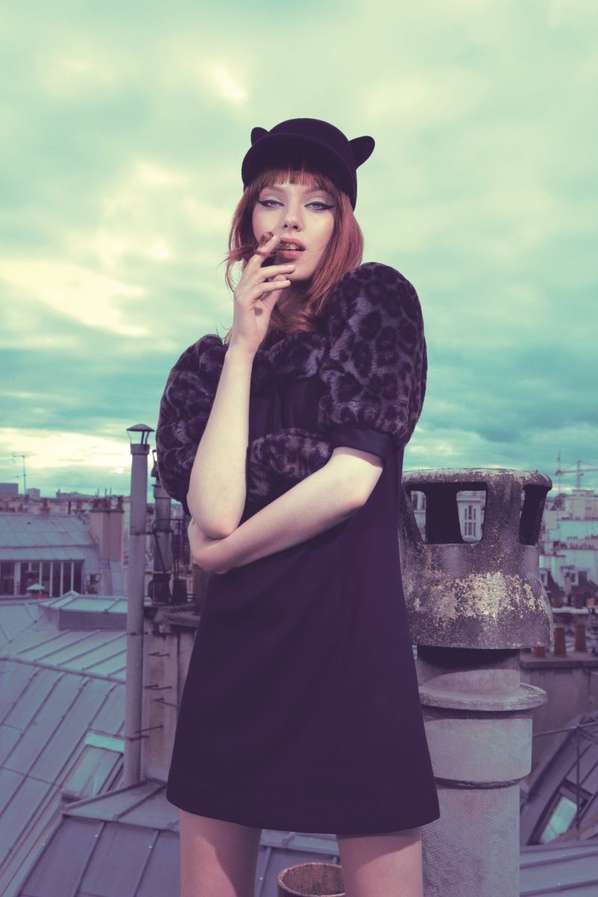 The Luize Salmgrieze for Glamour Spain December 2011 Shoot is Hot

Souzan Michael — December 2, 2011 — Pop Culture
References: zac-fashion & fashiongonerogue
It's no secret that leopard print is one pattern that is here to stay (after all, it's been around for how many decades?) and quirky cat-printed fashions have made an unexpected (and inexplicable) appearance in the fashion industry, but the Luize Salmgrieze for Glamour Spain December 2011 photoshoot takes the feline obsession to a whole new level.

Shot by photographer Alice Rosati and styled by Mapi Vidal, redheaded beauty Luize Salmgrieze is shot wearing several different pieces that are inspired by none other than your fuzzy feline friend.

Everything from cat-eye sunglasses and cat-eye makeup, to chic hats with little cat ears poking out of them, to just plain old-fashioned leopard print cat ears, are featured in this shoot. Check out the Luize Salmgrieze for Glamour Spain December 2011 editorial for some purr-fect spring looks.
6.8
Score
Popularity
Activity
Freshness