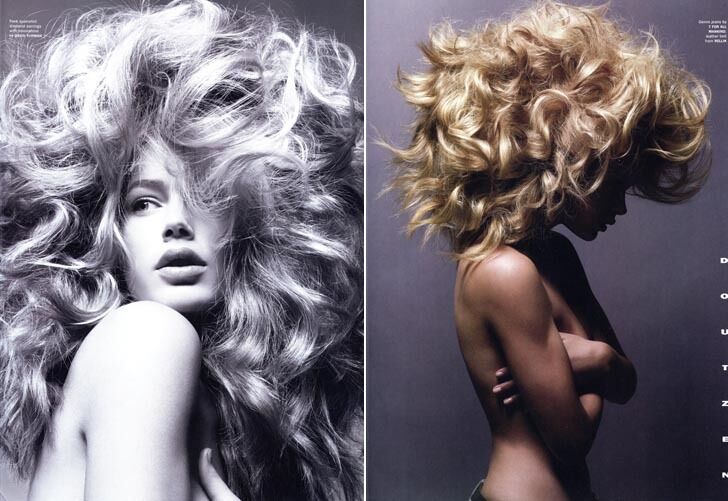 mediterranean — July 9, 2008 — Pop Culture
References: fashion-ation.net
Share on Facebook Share on Twitter Share on LinkedIn Share on Pinterest
Big hair is back, and better than ever thanks to Luigi Murenu, who is internationally famous for his amazing hair creations. The renowned hair stylist worked with Madonna on her Drowned World Tour. He has also applied his magic to the hair of Hollywood starlets like Nicole Kidman, Scarlett Johansson and Gwyneth Paltrow. In addition, he did numerous fashion campaigns for Viktor & Rolf, Louis Vuitton and Versace.

Luigi ‘s recent creations can be seen in the 18th issue of Pop Magazine in an editorial entitled, “Hair Storm,” with photography by Solve Sundsbo.

“We’re no longer in the age typical skinny 16 year old from Kiev who weighs 20 lbs. Now it’s much more about women with shape, with big lips and big breasts; beatiful silhouettes. So I thought, why not a big hair story?” said Luigi, “The hair is big and extravagant, but real; you feel like you can touch it. It’s not synthetic. This is what brings the feeling back in these pictures. And I think we brought out the iconic nature of these girls.”

Luigi had the near impossible task of shooting 11 girls, two pictures each, within one day. However, Luigi explained how his 26 years of experience helped.

“As for the lack of time - well, that’s where my 26 years of experience really counts! It just worked. In fact it was really calm. We had two different studios, so while we were shooting one girl we were prepping another.”
5.7
Score
Popularity
Activity
Freshness
Attend Future Festival