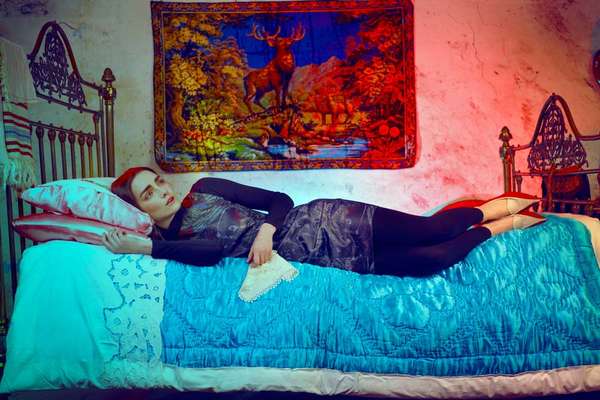 Meghan Young — April 15, 2012 — Fashion
References: lugvonsiga & coolhunting
Share on Facebook Share on Twitter Share on LinkedIn Share on Pinterest
While the Lug Von Siga Fall 2013 collection may be inspired by traditional Turkish culture, particularly when it comes to the styling of each outfit, the individual pieces are very modern. The relatively neutral tones, clean cuts and feminine silhouettes would fit into urban societies effortlessly.

Centered around the theme 'My Tears Are My Witness,' the collection was designed by Gül Agiş, a Turkish advertiser-turned-fashion designer. According to Cool Hunting, the line "makes a direct reference to women who, in some regions of Turkey, are forced to get married with older men, in turn losing their own future and the possibility to dream."