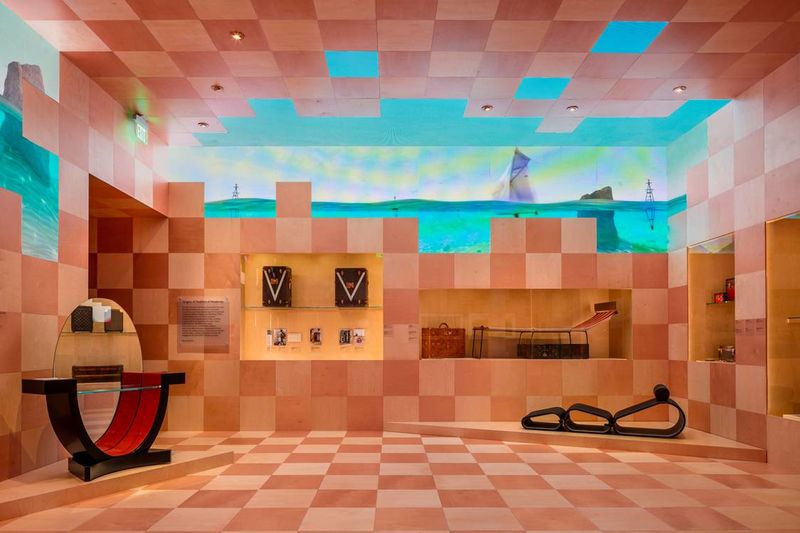 Kalina Nedelcheva — July 1, 2019 — Luxury
References: instagram & hypebeast
Share on Facebook Share on Twitter Share on LinkedIn Share on Pinterest
A hundred and sixty years of industry-defining history is what is spotlighted during the Louis Vuitton exhibit in Beverly Hills. The event takes on the layout of a pop-up museum activation. Individuals are invited to survey a total of nine distinct rooms that boast a theme. As a result, visitors are able to enjoy an eclectic and chronologically structured experience.

The anniversary-celebrating Louis Vuitton exhibit is open to the public until September 15th. It will be complemented by a pop-up and other various marketing initiatives.

Legacy-Celebrating Fashion Exhibits
Dior: From Paris to the World Launches in Dallas