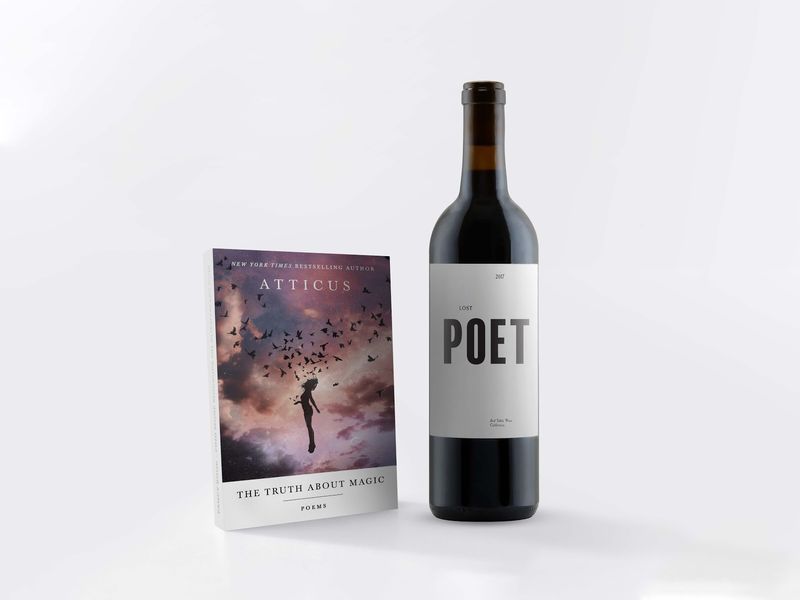 'Lost Poet' draws consumer attention with romanticism. The label itself is minimalist and elegant, while the taste of the wine betrays notes of earth, nutmeg, red cherry, and violet. It presents a perfect intersection between the art of winemaking and the mysticism of poetry, not to mention the work of someone who is unknown to the public.

Alongside 'Lost Poet,' Atticus has released his newest book, titled 'The Truth About Magic,' and will be touring Canada in March to promote it.