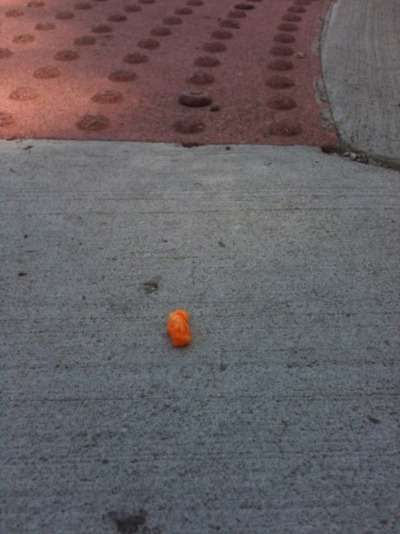 The Lonely Cheetos Tumblr Tracks Down Solo Cheetos on the Street

Souzan Michael — December 16, 2011 — Pop Culture
References: buzzfeed & lonelycheetos.tumblr
Share on Facebook Share on Twitter Share on LinkedIn Share on Pinterest
I haven’t eaten Cheetos in years but after seeing the Lonely Cheetos Tumblr, I may have to change that immediately. The silly photo blog takes submissions from readers who have spotted solo Cheetos on the street or on subways, or tossed away Cheetos bags.

While the Lonely Cheetos Tumblr may seem to be a bit pointless at first glance, it really does demonstrate two things. First and foremost, it showcases people’s disregard for their Cheetos, or maybe the difficult nature of the snack when it comes to eating on the go (think about it, how often do you see fallen single potato chips or chocolate chip cookies?). Secondly, it depicts the vast amount of littering that occurs on the streets and on public transportation.

If none of that interests you, then surely the Lonely Cheetos Tumblr can be used merely as a way to kill some time.
1.7
Score
Popularity
Activity
Freshness
Access Advisory Services