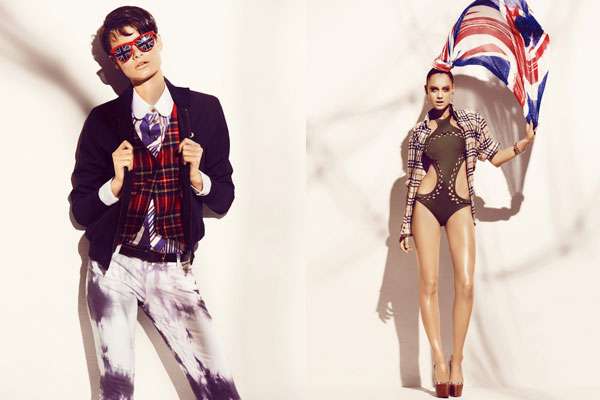 Meghan Young — May 31, 2012 — Fashion
References: lofficielmode & fashiongonerogue
Share on Facebook Share on Twitter Share on LinkedIn Share on Pinterest
The British boy charm is given a dash of rocker attitude with a quirky twist in the L’Officiel Paris June/July 2012 editorial. Although the looks are ultimate dapper chic, which can only be expected from this particular culture, the use of tie-dyed pants, twiggy fascinators and cutout bodysuits gives each ensemble an edge that brings this traditional style into the modern century.