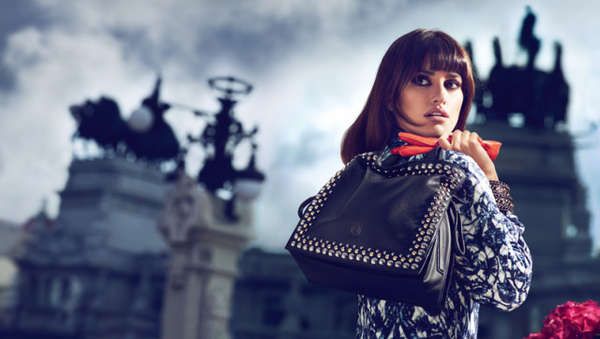 Meghan Young — July 4, 2013 — Fashion
References: loewe & fashiongonerogue
Share on Facebook Share on Twitter Share on LinkedIn Share on Pinterest
There is a slight moodiness to the Loewe Fall 2013 ad campaign that can largely be attributed to the dark stormy skies and gothic backdrop. Shot on location on the rooftop of Casino de Madrid in Spain, the photoshoot channels the designs of the handbags being showcased beautifully. Each purse may have its own personality, but they share a chic mysteriousness that is made for femme fatales.

The Loewe Fall 2013 ad campaign was shot by photography duo Mert Alas and Marcus Piggott and stars actress Penelope Cruz, who brings an even more exotic feel to the images. Nevertheless, paired with vibrantly colored gloves, it is the handbags that will turn heads. The campaign showcases Amazona, Loewe’s signature bag, and the Amaya, which is the label's new take on its Flamenco design.