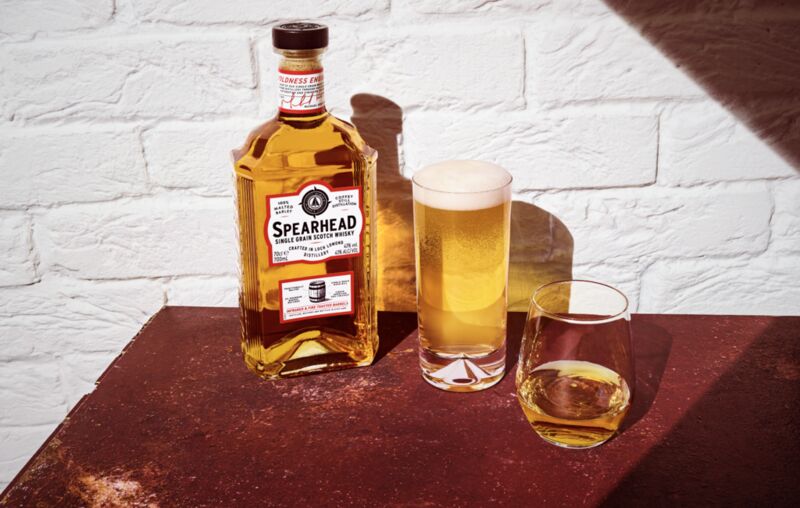 Bold yet light, and sweet like bourbon, this accessible whiskey was made using a "continuous Coffey style still," before being aged in specialty ex-bourbon barrels. Once aged appropriately, the whiskey is finished in both fire and infrared-toasted virgin American oak barrels, giving the spirit a range of complex flavors. This unique combination of barrel types is what sets Loch Lomond's process apart from other notable whiskey makers. In fact, it is the only company in Scotland to use infrared barrels for finishing.

"Spearhead is one of a kind, championing the single grain, and taking a non-traditional approach to whisky making that will resonate with people new to Scotch," said Calum Leslie, Head of Innovation at Loch Lomond Group.