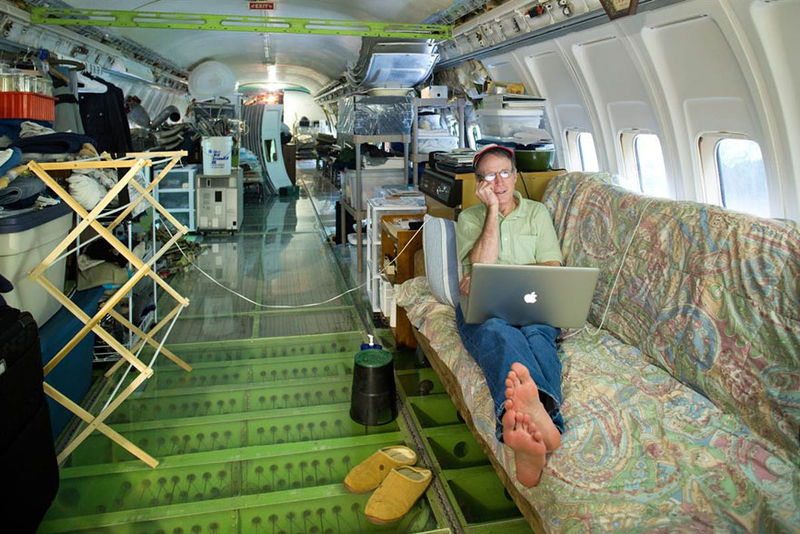 Laura McQuarrie — September 22, 2014 — Eco
References: airplanehome & thisiscolossal
Share on Facebook Share on Twitter Share on LinkedIn Share on Pinterest
After being stuck in a plane for a few hours, most people can't fathom ever living in airplane. However, Bruce Campbell is not most people, and decided to turn a retired Boeing 727 into a spacious new home. The Boeing costs Campbell $220,000, and it has now landed itself just outside Portland in a wooded area.

From the outside of the Airplane Home, is just looks like a big airplane, but the inside is loaded with more than the cramped seats and tiny bathrooms most people are accustomed to. The Airplane Home is outfitted with a shower, kitchen and electricity, which makes it a pretty cozy place to live. In order to help more people achieve their dreams of living in an airplane, Campbell has a handy how-to guide on his site.
6.9
Score
Popularity
Activity
Freshness
Get Better and Faster