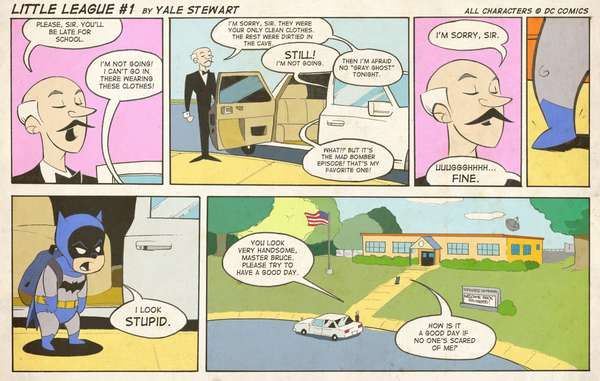 The Little League Tumblr Takes Viewers Back in Time

The webcomic series begins with Batman getting ready for his first day of elementary school. He's already unhappy with the costume that he has to wear, so this negative attitude follows him throughout the rest of the day. At school he clashes with just about everyone, especially the overly positive Clark Kent and the new kid in class, a soft-spoken Martian Manhunter. He even accuses Wonder Woman of giving him cooties!

The webcomic is an extremely cute interpretation of the DC Comics franchise, although it's not related to it in any way. It all stems from Stewart's imagination, and new strips are posted every Monday and Thursday on Little League Tumblr.